Sweet and blissful dreams be yours.  Some of my best memories of living in Babylon/Manhattan involved hanging out with Philip Emerson for whom everyday was a good enough reason to play David Bowie’s music.

A true creative genius and someone whom it was also inspiring to have dreamt of.  Here’s a repost/link to a dream previously shared herein involving him and his beautiful widow, Iman, displaying for all the universe the sheer beauty of their enraptured love.

This fragment was a fifth-level mature artisan in the passion mode with a goal of discrimination.  David was a sceptic who was in the intellectual part of emotional centre.

David’s casting is the fifth position of the third cadence in the fourth greater cadence.  He is a member of entity six, cadre six, greater cadre 1, pod 404.

This artisan chose overleaves that would allow him to be more fluid in terms of personal expression whilst at the same time work effectively with the goal of discrimination, specifically in terms of not adhering social and cultural stereotypes and, as a result, he became an icon in his own right to other fragments who preferred not to follow the cookie-cutter rules and instead sought their own personalised self-expressive nature.

Of course, David was not the only fragment to break the barriers in this regard as others including but not limited to Andy Warhol, for example, who were also at the fifth or expansive level of the mature cycle and these fragments served as inspiration to others both in their own culture and across the pond.

It is not unusual for expression polarity fragments to seek visibility in this regard, though, we will say that this artisan, David Bowie, was in fact shy to some degree and was not as adventurous in his personal life as he might have been perceived to have been.  In other words, his stage personae were not in complete alignment with the true personality.  We do think, however, that he was well aware of himself as a spirited human being and did validate reincarnation as a personal truth as did his family by the way.

Too, this fragment was well aware of impending decline and death and did seek to express himself through his music and subsequently his fans.

*These overleaves were not exclusively requested by me but they were channelled by an authentic Michael Channeller and, in fact, the reliable channeller whom I always use.  END.

Because every day is a Thelonious Monk day!

This brings back such sweet lazy memories of raining days – more like four days straight – in November in Vancouver! 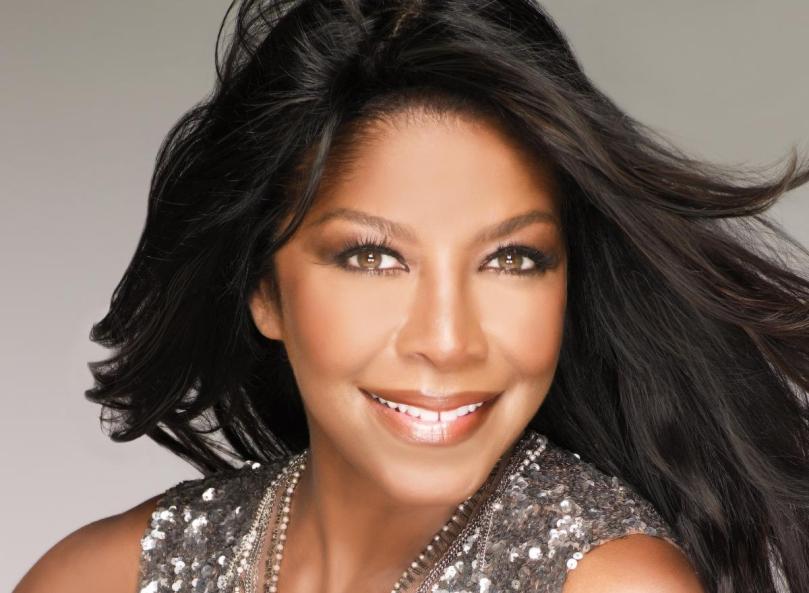 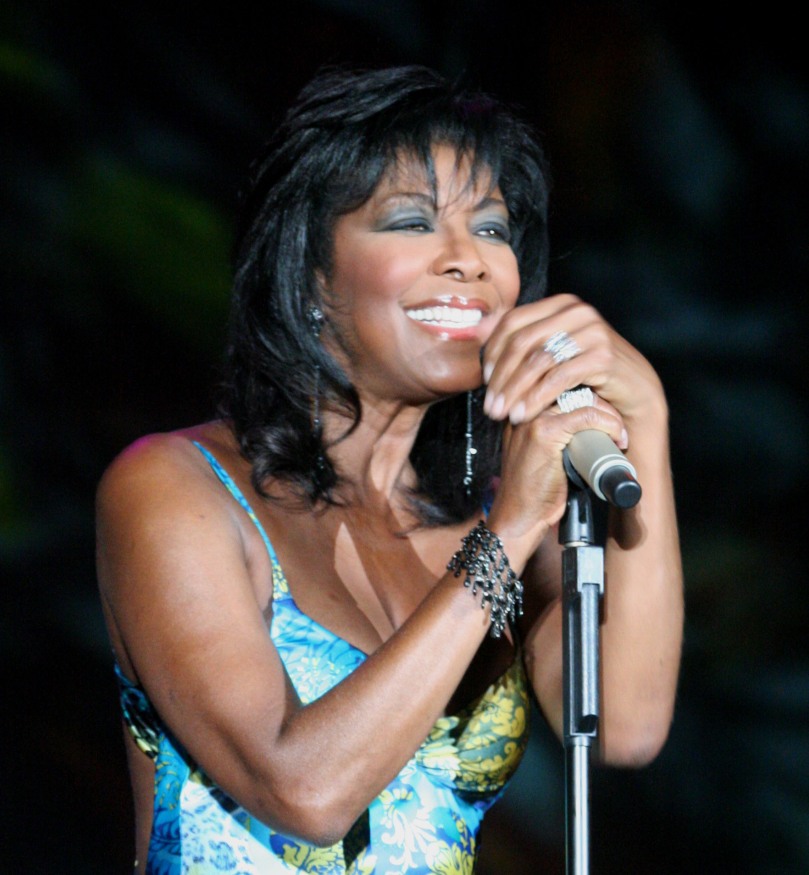 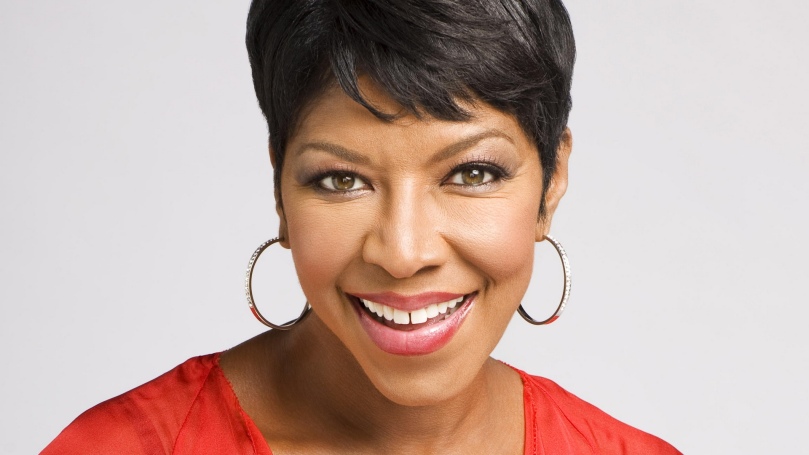 I am so devastated by this loss that I don’t even have the time to do the usual due diligence of listing credits.

From seeing her at Ontario Place’s Amphitheatre in the ’70s, whilst she did her funky soul diva incarnation, to the sheer brilliance of her sophisticated Jazz syncopation, there was no one else who could make me feel more fuck-all fabulous pride and take seriously this joint call being Black.

Natalie got to the very essence of who we, a proud noble people, truly are.  Her album: Take A Look (1993) literally afforded me the grace and dignity to get through the most hellish experience of being in a workplace surrounded by people who haven’t a clue that they are crazy – a people who collectively render us as invisible and who relish at every opportunity the racially predatory thrill of talking about us and openly ridiculing us as though we were a weeble-infested bag of flour in the corner.  These marvellous people for whom the gun is g_d incarnate and for whom it has never once occurred that we possibly could perceive them as crazy – crazy as in having invented something as absurd as Apartheid, crazy in openly gunning us down because well… one can, crazy as in busing, crazy as in building latter day landlocked Mayflowers whose hull hold a cargo that staves off the flowering of the next Coltrane, Tatum, Monk, Ellington et al… crazy as in harvesting a most strange fruit from poplar trees whilst crazily dressed up in the coward’s garb from pointy head to toe, crazy as in then having the fuck-all temerity to squat all over the culture and ape, ape, ape like crazy every thing we do culturally, creatively…. alas, who else but the crazy would openly hate you then turn around and ape everything you do from Jazz, to Hip-Hop, to Rap and all the while, like the truly crazy then somehow think that we never notice that they never ever have personal relations with Blacks… la Krall, Bublé and Eminem to name but a few readily come to mind.

Every day in Vancouver, for having survived and gotten one day closer to triumphantly getting through 24 months of workplace probation, it was to my lovely art-filled West End apartment that I retreated where this lovely beauteous-eyed goddess, Natalie Cole, would greet me with a voice that would truly embalm the soul from the bilious dissonance of the racial predator – those who haven’t a fucking clue that they are crazy…  And how the crazy people love to laugh at everything.

Sweet and blissful dreams dear Natalie, you proud noble griot who came to remind us that we are the most beautiful lotus to have flowered from the hellish swamp known as the semi-feral well-armed racial predator’s paradise.  What a positively rich, layered, textured, august life you accomplished…

A better place this world, a more grounded people we are, for you having chosen to be focussed herein at this time, in this place.

*As I had always planned on doing Natalie Cole’s Michael Overleaves, they had not been done at the time of her passing and my having penned this impassioned tribute.  A couple of weeks later when her overleaves arrived, it was one of the rare times that on receiving someone’s overleaves that I broke down crying.  I always felt strongly connected to this woman – she was family.  Here then, at this juncture, though they have been added previously and subsequent to this original post – it is now December 2016 as I change the copyright time stamp – are Natalie Cole’s rather august Michael Overleaves.

There are these little things that bind us for being entity and cadre mates… at the end of the video for Route 66 which accompanies this tribute post, Natalie Cole can be heard saying, “Yeah, yeah, yeah!”  This is precisely what fellow artisan and entity mate Attila Isaksen and I would repeat to each other as a greeting or when slipping out of inner musings after long pleasurable sexual play… 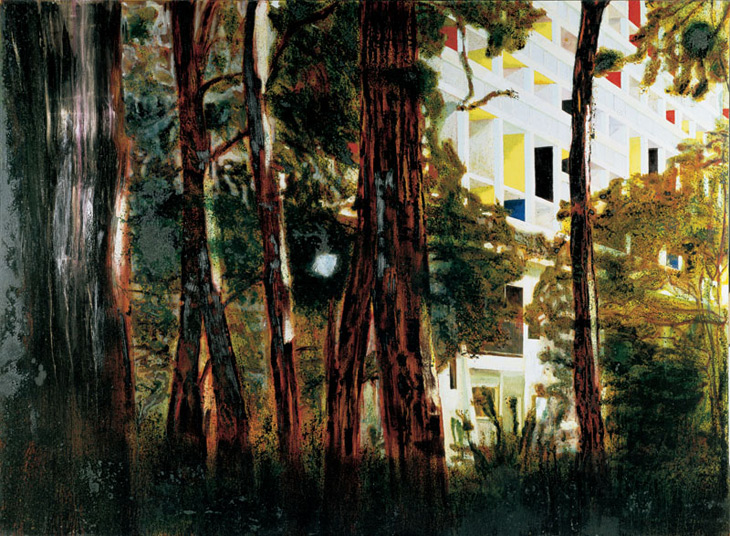 One of my favourite Peter Doig paintings.  I rather love it for being so quintessentially Canadian.  I am more readily reminded of Vancouver, rather than Toronto, as the Sitka-like evergreens – which are the soul of Stanley Park – are so not Toronto.

Happy New Year to every last one of you.  Thank you so very much for being focussed herein; your support is immensely encouraging.  Here’s to life, health, happiness and, of course, sweet dreams!  Nothing but the very best in 2016!  I love you more…