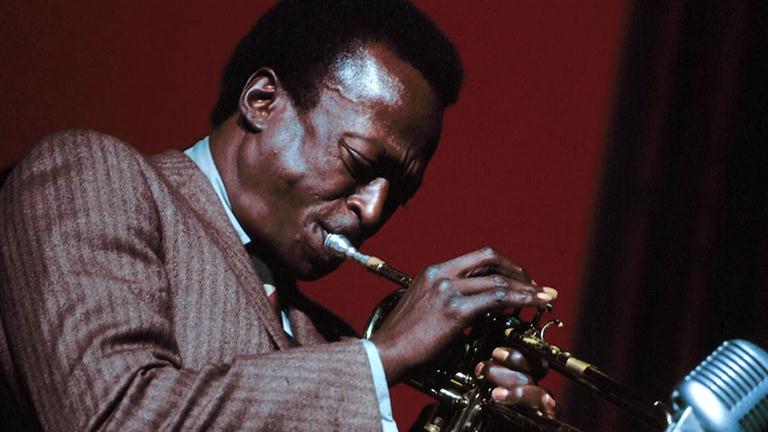 I am so looking forward to the opening of Don Cheadle’s Miles Ahead this week.  i think of any other Jazz artist, Miles is the only one whose every album, on listening to it, I conclude is a favourite.  This creative genius just oozed authenticity.  Of course, a major part of his outréness and originality had to do with his having been an actual old soul.

I have always been partial to him as he was briefly married to Cicely Tyson who was a maternal first cousin of my late mother’s who in her youth did play the cornet.  Of course, Cicely Tyson, who is still going strong and currently starring on Broadway, is an entity mate of Miles Davis’.

My creatively gifted mother whose songs are published in the hymnal of the now Wesleyan Church was a remarkable woman who was pure intellect and a source of fierce pride.  She whose paternal grandparents were Sephardi from the small Brazilian community which settled in Nevis.   Indeed, she who is now reincarnated in London, England, male and first-born and about whom I have dreamt – East Indian/Caucasian heritage in this lifetime and currently aged 13 years old.

Sadly, none of my dream encounters with Miles Davis were ever audiocassette-recorded as they were never had during the decade when I did so – 1989 to 1998.  Each of those dream encounters did, though, validate his agedness of spirit and he seemed every bit an old soul during astral plane encounters.

In anticipation of this long overdue film – imagine that, the paucity of Jazz biopics when so clearly Jazz is rooted in Klezmer!  More than that, on to the matter of saluting a true original, a true creative genius and a giant of Black high art.

*Sadly, I have spent the last couple of weeks trying to track down the title of the Miles Davis painting herein featured; alas, to no avail have I managed to have discovered its title et al.

– This is the music (Kind of Blue) I am mostly likely to listen to, after having audiocassette-recorded the dreams, on awaking from a flying dream.  This music is about finding centre whilst simultaneously remaining aloft in the realms of the flying dream.  As West Indians would say, it’s sweet!