Michael: This fragment was a third-level mature artisan – second life thereat.  Nancy was in the passion mode with a goal of growth.  An idealist, she was in the emotional part of intellectual centre.

Nancy’s primary chief feature was self-deprecation and the secondary stubbornness.

The fragment Nancy is fifth-cast in sixth cadence; he is a member of greater cadence five.  Nancy’s entity is seven, cadre four, greater cadre 1, pod 129.

Nancy’s essence twin is an artisan and the task companion a warrior.

There are 10 past-life associations with Arvin and 6 with Merlin.

What a truly great voice.  Though over the years, I had attended many Nancy Wilson concerts, one in particular remains the most memorable.  It was the late set at the Blue Note Jazz Club in New York City’s West Village.  A Saturday night performance, it was at the end of the run and Ms. Wilson was in fine form.  With me that evening was Milan Newcombe, the rather eccentric lover of mine who had the most magical residence in Toronto’s Kensington Market.

Milan and I met about a month before the 350th anniversary celebrations of Montréal in May 1992.  The day of the anniversary, there was a parade through the city’s main artery at night time; quite a unique and spectacular sight.  We stayed that weekend in a loft at the corner of Ontario and St. Laurent Streets and that night, I wore a pair of six-inch, black patent leather Bally talons hauts, a pair of extra short blue jeans that nicely sported the goods, a large, white pirate’s shirt, a confident smile whilst holding hands with the coolest motherfucker I had met since having met Merlin – Milan made a most pleasurable adventure of living. 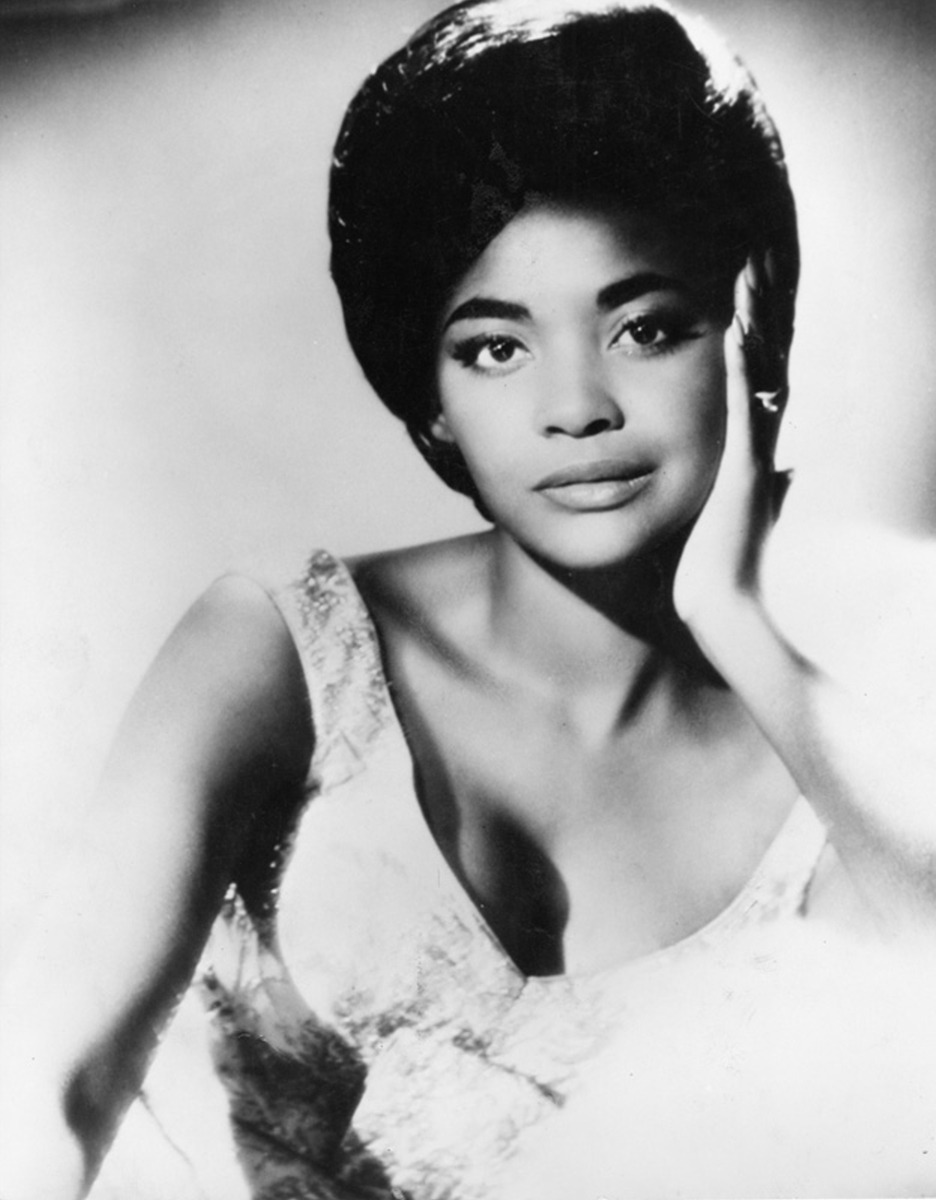 Having just returned from a weekend in New York City with Manhattan cabaret singer, Frans Bloem, I was crawling the halls of the St. Mark’s bathhouse at Wellesley on Yonge, in a bid to get over decidedly banal sexual relations with Frans.  A great human being to be sure but sex should not be as ennuiyant and tedious as needlepoint.  Well into the late hours, after a few hookups, a long lean body caught my eye as it lay there, waiting to either prey or be preyed on. 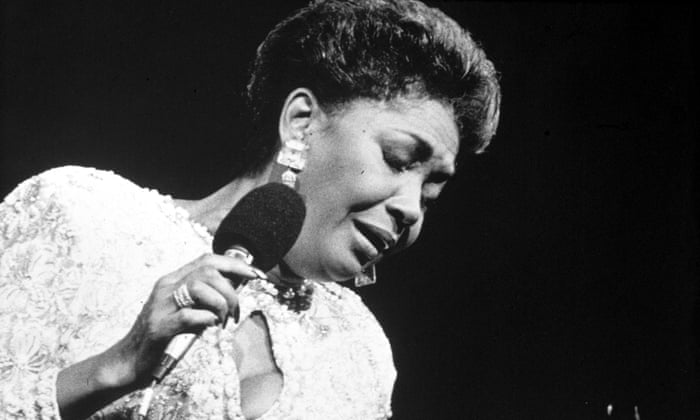 An hour later we emerged into the gritty, callously unforgiving light of daybreak and hopped on our bikes.  Together we rode west along Wellesley, cut through University of Toronto campus and onto Spadina, rode south on said avenue to the most magical lair imaginable.  There above a series of Chinese shops, Milan owned the two storey apartment that was filled with an assortment of Bohemians – or at least trust fund types, bored out of their skulls whilst waiting to collect their inheritance.

Milan possessed the largest music library, I had yet or since seen.  Moreover, within that library were the most extensive recordings of harpsichord music.  If that were not specialised enough, Milan owned a harpsichord which, after we had riotously slapped, nipple-bitten, punched and me gourmandise his pygmy fin whale schlong: girth and length that makes your upper lip sweat and eyes roll back like Whitney Houston in full song, he would spend the next hour playing what proved the most captivating instrument.  Always at such times, I would become sponge-like and expansive, feeling as though in between wakefulness and sleep with a plethora of the most lucid past-life dreams flooding and surfacing my conscious mind.  Not surprisingly, that harpsichord proved a touchstone to our past-life connections and specifically to the life as court musicians in London, England during the reign of King George III and the Regency when Milan, Merlin and I plus a whole host of others whom I have known in this lifetime were greatly, creatively fulfilled.

This fragment was a third level mature sage – first incarnation at this level, likely to repeat the level – in the passion mode with a goal of acceptance.  An idealist, he was in the intellectual centre, emotional part.

Milan’s primary chief feature was impatience and the secondary arrogance.

The essence twin is a sage, also discarnate.  An artisan task companion he’s got, who is incarnate.

This fragment is second-cast, cadence sixth in the greater cadence, entity six, cadre one, greater cadre 7, node 414.  Milan is in the same entity as Arvin and Merlin, sharing a strong connection through the arts.

The three primary needs for Milan were: freedom, power and communion.

Q: Past lives of note for Milan:

Michael:       This fragment has had many lives in the theatre and in performing, as would be expected, due to his soul age, mature and role, sage.

He has been a well-known courtesan in nineteenth century France, to a second-in-command lieutenant to Napoleon Bonaparte and was involved in many secretive meetings to which she was privy, due to her ability to keep silent.

She, however, was found guilty of espionage, at a later date, and hanged, at the age of 24.

This sage has also performed with students of Hippocrates in the fifth century Common Era in Crete and also became interested in herbal medicine at that time.

Lives in the performing arts total 24 altogether and have been both notable, such as in China in the eighth century as a puppeteer or in the caves of Borneo when he was a painter of walls with what would be called ancient hieroglyphs.

This fragment was also present in the sixteenth century in Venice and was a student of a lesser artist, not sure about the name.

Q: Past lives with Arvin:

Michael:      First of all, let us comment that these two fragments did have an agreement which had to do with the validation of personal expression.

Number of past incarnations total twenty and include:

This first part of this sequence took place in the 1300’s in Spain when the reverse occurred but the sexes were the same, artisan still female, seduced by the sage then abandoned.

Had this not been an agreement, there would have been mindfuck karma incurred.

(KB: this was an important set of incarnations)

Q: Past lives with Merlin and the ET:

This fragment was present in the life aforementioned in the fourth century in an area of Tibet and was the mother of the task companion, former-Merlin but separated when the scholar, former-Merlin, was quite young due to religious training.

There have been an additional four of note including one in the ninth century in China when these two fragments were enemies and came quite close to incurring karma; through combat, not agreed upon in advance, as well as one in the first century Common Era when they were married to the same male fragment; Common Law, Palestine area.

This sage has also shared three past associations with Arvin’s essence twin which have included living in a small village in western Canada in the 1400’s both male.  They were childhood friends.

Additionally they have fought side-by-side “on stage” when members of a travelling theatrical group in northern Italy in the sixteenth century.  The essence twin died of a fall which the sage tried to prevent but was unable to, happened when both were teens.

Milan was magical; his home lit throughout by candelabras and the salon an exacting reproduction of an 18th century English salon.  One of the most beautiful things about sleeping over with Milan at his magical lair, was that many were the nights when I would – whilst lying next to him in bed, pleasured and satiated – spontaneously astral project.  During these marvellous OBEs (out-of-body experiences), I would get up out of my body, turn around to look at our smiling pleasured faces harmoniously lying in bed fast asleep, see the cord of silvery white light that attached my astral body to my physical body.  This cord more so resembles a caravan of tiny balls of light that are unbreakable and which attach at the solar plexus of both bodies – astral and physical.  Milan was the most sensual lover and the greatest kisser.

This song was Milan’s favourite tune and Nancy Wilson his favourite Jazz singer – just as Natalie Cole and Betty Carter mine and John Hirsch was Ella Fitzgerald’s undisputed biggest enthusiast.  Until having met me, Milan had never listened to Jazz or explored the genre.  However, like all persons in the positive pole of their goal of acceptance, he embraced, appreciated and explored the newfound treasure that for him Jazz would prove.  With an intensity never before experienced, Milan insisted on venturing to every Jazz concert imaginable.  To that end, we took several trips to Chicago, New Orleans and, of course, New York City to nurture our souls and forge to greater depths the bond we shared.  Whenever the loving was good and god do I love a cock… especially his – hey, three billion women can’t be wrong, Milan would then play some Nancy Wilson.  Our love faded on my relocation to Vancouver – he hated grey, dreary and rainy weather, I was come undone one early morning whilst meditating in the pyramid in Vancouver, Milan appeared to me and said so long.  I knew that he had died that day – another lover passed of AIDS.  I will ever experience the sweetest memories when listening to Nancy Wilson.

As ever, thanks for your ongoing support, dream without giving a damn… cause you can and all the more reason to push off and start flying.